No one who is saved characteristically continues to use God’s name as a swear word. I don’t mean when someone loses their temper and does it on an occasion when they’re extremely angry. I mean when someone uses “damn” as God’s last name and Jesus’ holy name is thrown around as if it’s just another word. In the first place, we all fall short of God’s glory (Rom. 3:23), and not one of us is really good (Rom. 3:10-12). I mean someone who swears and curses all the time. Believers treat God’s name in a holy, reverential way and always with the deepest respect and fear. Not so with someone who is bent toward evil.

Money Is Their God

When nothing else matters but money and they will hurt anyone at any cost as long as it helps them financially, then that person has made money their god. They worship the dollar, and if someone gets in their way, they don’t care who gets hurt; they will get what they want no matter what. There are some that will use people instead of hard work in climbing the ladder of success. They use people as the rungs in a ladder, stepping on people in order to climb over them in trying to reach the top.

Taking Advantage of Widows and Orphans

I have experienced a few people who’ve taken advantage of their elderly parents or widowed parent to get what they want. I remember doing a funeral one time, and when the family returned home afterwards, they discovered that some of the family’s relatives had pilfered through and taken many of the possessions of their deceased parents while their parent was being buried. Can you imagine how evil that is?! While we were burying their parents or relatives, they were at their home going through and taking as many valuable possessions as they could get. That is so despicable.

Someone Who Abuses Children

There are fewer things that are more intolerable than someone who physically or sexually abuses children. How evil can you get!? That is truly a mark of someone who is evil of heart. Who hurts defenseless children? How can someone even consider wrecking some child’s life and leaving behind psychological scars that will last a lifetime?

If you take these four attributes and reverse them as something that a believer never does, then you also have the attributes of a believer. They never blaspheme God’s name, they never use people to acquire money, they never take advantage of the elderly or orphans, and they certainly never abuse children. Those who do are headed for the swift and sure judgment of God, and unless they repent and trust in Christ, they face the wrath of God for all eternity (Rev. 20:12-15; Rev. 21:8).

1 reply on “Attributes To Identify A Truly Evil Person”

Like!! Really appreciate you sharing this blog post.Really thank you! Keep writing. 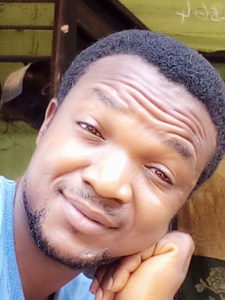 FOOD FOR YOUR SOUL